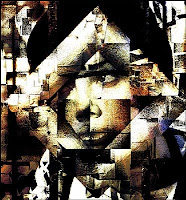 Schizophrenia is an often misunderstood disorder that is greeted by either fear, wonder, or a mixture of both. Schizophrenia is a heterogenous disorder that can present very differently depending on the particular grouping of symptoms. The core symptoms include hallucinations (perceptual distortions- i.e. seeing or hearing something that’s not really there) and delusions (fixed false belief). An individual with schizophrenia can experience hallucinations from any sensory modality including visual, auditory, olfactory, gustatory, and tactile. Delusions can generally be placed in any of 11 general categories including delusions of reference, control, jealously, etc (see this encyclopedia of mental disorders page to explore the full list with examples).


Individuals with schizophrenia can experience difficulties in differentiating between reality and their symptoms, as well as problems in logical thought, communication, and appropriate social norms. Prevalence for schizophrenia is about 1% across the general population with individuals across the world experiencing the disorder. Symptoms of schizophrenia can be managed through the use of antipsychotic medications (e.g. seroquel) and mental health support. A balanced lifestyle is also important as increased stress levels can lead to an increase in symptoms.


One well known movie depicting schizophrenia symptoms is “A beautiful mind.” The movie tells the story of John Nash, a Nobel Laureate in economics, who eventually decompensates to the dismay of his family and friends. Because I believe first person accounts of mental disorders can be a powerful learning tool, I invite you to watch the MTV true life documentary “I have schizophrenia.” Although MTV wouldn’t let me embed the video, you can click twice on the movie below and it will take you directly to the site.