Does the brain drive psychopaths to steal and plunder? 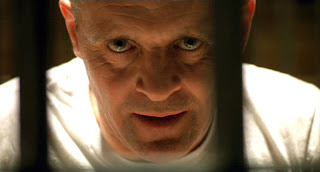 Individuals with psychopathic personality traits (i.e. Antisocial Personality disorder) are defined by their aggressive and destructive behavior that often involves breaking laws, theft, etc. While the clinical psychology literature has sought to describe the nature and function of antisocial personality disorder, evidence from neuroscience may highlight the internal workings of the disorder. Scientists from Vanderbilt University recently published a study in the Nature Neuroscience journal describing the brain functioning of individuals with antisocial personality traits. While serotonin release has been related to impulsive behavior, a hyperactive mesolimbic dopamine reward system may explain the related aggressive behavior.

For example, rodent studies have shown that dopamine is released during aggressive behavior, dopamine blockers attenuate aggressive behavior, and trait level differences in aggression are correlated to dopamine levels. Although aggression is not the defining component of antisocial individuals, it is a strong behavioral correlate and has predicted antisocial personality outcomes in both incarcerated and community samples. The authors’ hypothesize that antisocial individuals possess a heightened dopamine release system that drives them to pursue behaviorally relevant environmental reinforcers, thus increasing motivation for obtaining rewards (such as money, drugs, etc.).

Increased motivation for these rewards combined with reduced sensitivity in brain regions responsible for detecting the emotions of others and involved in learning aversive outcomes, could lead to the instrumental style of aggression that is common in psychopaths.

Therefore, a hyperactive dopamine system may explain a disregard for others while manipulating and taking advantage of others for their gain. If the brain is to blame for aggression and reward pursuit,  what should therapists do in working with antisocial individuals? Lastly, I have posted a video from a classic psychopath. I think you will enjoy the clip.