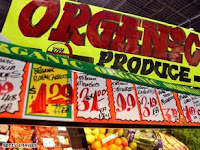 In honor of the draft release of new DSM-5 criteria, I was inspired to discuss a new disorder that is just beginning to receive empirical support. I came across a recent article on Time.com that introduced Orthorexia by talking about Kristie Rutzel, a young lady that wanted to start eating healthier by cutting out processed foods. Kristie enjoyed her healthier eating so much that she began restricting herself to whole foods and later 100% organic foods. Within several years, Kristie had placed herself on a strict raw-foods diet that plummeted her weight down to 68 lbs and lead to symptoms of anemia and osteopenia.

In a culture in which healthy eating is becoming increasingly encouraged and unhealthy foods increasingly demonized, there is a growing number of individuals that are developing disordered eating habits as a result of their effort to eat healthier. An effort that begins with cutting out a few unhealthy foods leads to a downward spiral of restricting most foods. Essentially, the individual reaches a point in which unhealthy foods become a feared object that must be avoided. That fear becomes generalized from generally accepted unhealthy foods (choose your own indulgence to insert here) to almost all foods that don’t meet their stringent criteria of healthy.

A survey of the literature did not turn up as many articles as I had expected (psychinfo search for ‘orthorexia’ resulted in 11 articles). Many of the research studies were based out of European countries (Germany, Scandinavia, Turkey, etc.) and the article I was able to access was published in Italy. Researchers defined the disorder as a “maniacal obsession for healthy foods.” Orthorexia is conceptualized as a disorder that includes exaggerated healthy eating patterns and obsessive-compulsive personality (OCPD) traits. The combination of exaggerated healthy eating patterns and OCPD traits often result in low body mass index (BMI) and other Nervosa symptoms such as anemia and amenorrhea. For more information about symptoms and functional impairment, check out the article on Pubmed or a 2009 article in Today’s Dietitian.

I would be interested in hearing others feedback. Do you think Orthorexia should be defined as a new disorder? Could it subsumed under other disorders or is it perhaps a comorbid condition?