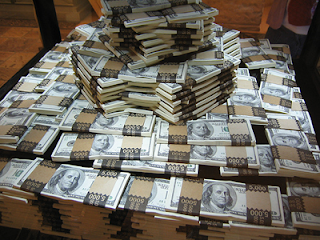 That’s big money! We often underestimate the national implications of poor health decisions, particularly of alcohol use. The mantra of our country is “do whatever you want as long as it doesn’t hurt others.” But in reality, individual decisions such as excessive drinking actually do have negative impacts on a wide range of individuals through the burden on our public health and criminal justice systems.

Although most of the costs were attributable to lost productivity (72.2%) there were significant costs to our healthcare system (11%) and criminal justice system (9.4%). The U.S. Government footed the bill on over 92 billion of that money. If you’re curious about how the researchers measured financial costs please check out the full article.

The estimated economic cost of excessive drinking was $223.5 billion in 2006 (72.2% from lost productivity, 11.0% from healthcare costs, 9.4% from criminal justice costs, and 7.5% from other effects) or approximately $1.90 per alcoholic drink. Binge drinking resulted in costs of $170.7 billion (76.4% of the total); underage drinking $27.0 billion; and drinking during pregnancy $5.2 billion. The cost of alcohol-attributable crime was $73.3 billion. The cost to government was $94.2 billion (42.1% of the total cost), which corresponds to about $0.80 per alcoholic drink consumed in 2006 (categories are not mutually exclusive and may overlap).