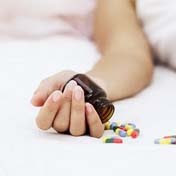 Suicide, the intentional killing of oneself, is a global issue with over 1 million people (10th leading cause of death) committing suicide every year. There are various social contexts for committing suicide, including honor in many Asian cultures or as a means of reaching jihad in radical Muslim cultures. Prevailing Western culture considers suicide as a serious problem in which an individual dealing with an underlying mental disorder is no longer able to cope with their difficulties. Typically, clinical psychology doesn’t treat suicide as its own entity but rather as a subset of other disorders (unipolar and bipolar depression, schizophrenia, etc.) as is treated within the context of that disorder. Suicide is often seen a last ditch effort to escape their current issues and can often can as surprise to friends or family members.

For the first person narratives series, I have selected several sources depicting stories of individuals that considered or committed suicide. The first is a clip from the documentary The Bridge, which recorded suicide attempts from the Golden Gate bridge in 2004. Warning: the clip does contain a person committing suicide from the bridge.

The next narrative comes from a website in which users are able to post their own failed suicide attempts. There appears to be minimal moderation or validation of the posts, but it may provide a glimpse into someone’s story of suicidal ideation.

…I slit my left wrist.  I hadn’t had a plan to kill myself, but sometimes I thought about crashing my car, or running in front of a speeding car….This particular morning we had gotten in a big fight and I thought, it’s this life or no life because I don’t have the strength to leave him.  As I screamed to him I wish I was dead I wish I was dead!  I had a knife and smacked in against my arm.  It wasn’t cutting me, but the last time I hit myself I swooped the knife across my wrist.  Blood squirted and even when I grabbed my wrist with my right hand the blood was flowing like crazy….I ended up slicing 6 tendons and my median nerve and even now as I type this I can’t feel half of my hand.  When you touch it, it feels of that awful pain when your leg falls asleep.  I can’t use my thumb pointer or middle finger normal ever again.  When I straighten my fingers it feels like rubberbands that are about to rip apart.  I wish I would have never done it, or if I did do it, I wish I would have died.

My next post will include narratives from the other side of sucide attempts, the family and friends left in the wake of suicide.