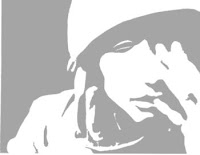 As fighting continues in the war torn regions of Iraq and Afghanistan, an enemy right here is increasingly attacking our American soldiers. An enemy that can neither be seen or  spoken to, has many U.S. military officials looking to psychologists for aid and assistance. Suicide has quickly become the number one cause of death for active Army soldiers. Data from across the news spectrum have documented that military suicides are increasing at an alarming rate.

The Army has reported 24 suicide deaths in the month of January compared to 16 combat related deaths in Iraq and Afghanistan. Some statistics indicate that military suicides are even elevated above the general population. The numbers are staggering and difficult to evaluate, considering that suicides can happen at any stage along a soldier’s  deployment with approximately 1/3 of suicides occurring on deployment, 1/3 after deployment, and 1/3 before deployment even happens. Despite the elevated numbers, history suggests that suicide data is typically underreported because of the difficulty in ruling out other explanations. With that said, suicide may be a bigger epidemic than currently understood. In addition to suicide, other markers of soldier distress are increasing including substance abuse and divorce.

In response to this frightening trend, the U.S. Army and the National Institute of Mental Health starting a $50 million study in late 2008 with results expected in 2010.
In addition, the Strong Star research project at the University of Texas has organized experts from around the field of PTSD to conduct effectiveness and efficacy studies of current PTSD treatments.

Although studies are currently investigating the underpinnings of increased military suicidality, we can speculate about the etiology of the concerning trend. Why are suicides increasing? Is it perhaps connected to PTSD symptomatology? Soldiers are often exposed to Criterion A events on a regular basis, which may lead to the development of PTSD. Perhaps depression or a sense of hopelessness about the future may explain the increase?

Spolier alert: The movie Brothers, which I highly recommend for anyone with a family member or friend in the military, is about a soldier who has difficulty adjusting to life out of the combat zone. As shown below, the movie depicts a very tenuous moment when he considers taking his own life. Be advised that the clip has strong content and language.