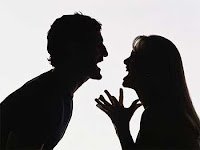 We probably all know someone in our lives who just seems to be negative…all the time. This may be your romantic partner or best friend or a coworker. But every time something bad begins to happen they turn negative faster than you can think. Neuroticism is a big five personality trait associated with irritability, anger, sadness, anxiety, worry, hostility, etc., and defined by negative emotional responses to threat, frustration, or loss.

Like other personality traits, neuroticism can vary greatly in the general population with some individuals being very high and others very low. Neuroticism has even been shown to vary by region or state, as shown here by this interactive map. Neuroticism develops through a combination of genetic and environmental influences and can shift during one’s lifetime. For example, neuroticism has been shown to increase with age throughout late adolescence before peaking and declining moderately through adulthood. Neuroticism has been linked with numerous negative outcomes including mental disorders, physical health problems, and poor quality of life.

What do you think? Is it possible to screen for and prevent negative health outcomes associated with high neuroticism? If so, what would be suggested interventions? Should we as psychologists be concerned with changing personality traits or only disorders?